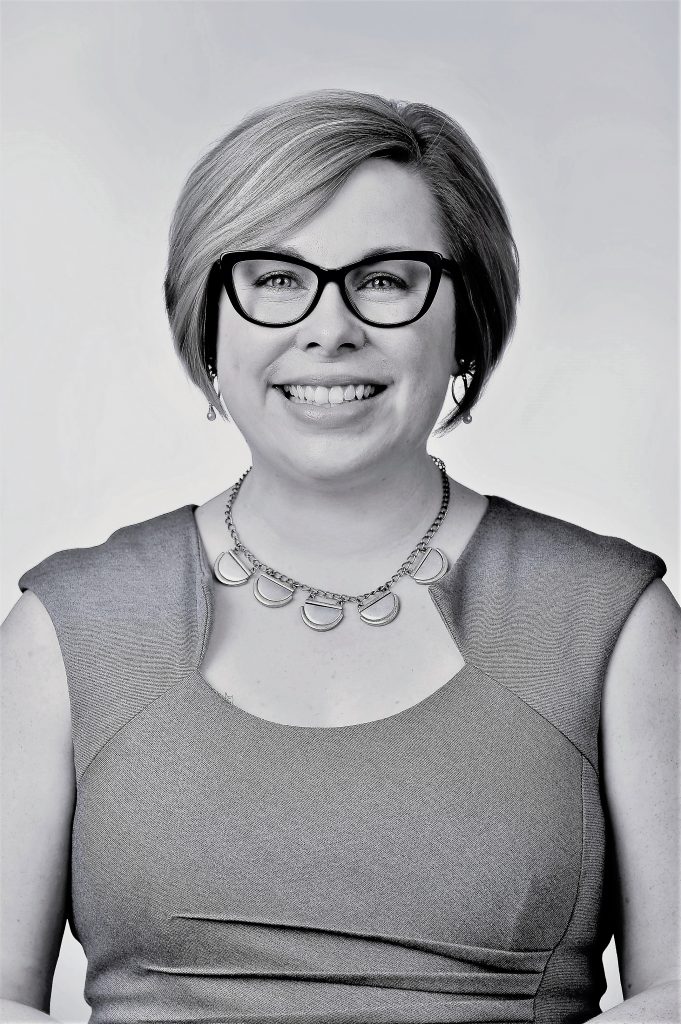 Morales brings over 20 years of nonprofit and philanthropic experience to her role, utilizing her expertise to drive countywide leadership initiatives in alignment with the Foundation’s community investment strategy. As a longtime resident of Waukegan, IL, she has built strong relationships with stakeholders throughout Lake County and is knowledgeable about the issues many residents and families face. Morales’ professional experience includes curriculum development and instruction in Adult Basic Education, English as a Second Language and Health Literacy. As a graduate student, her work was focused on social justice, community development and coalition building.

Morales currently serves on the Charmm’d Foundation’s Advisory Board. She has been a member of the Collective Impact Forum’s Funder Community of Practice as well as Professionals in Development North, the Lake County Estate Planning Council, The Alliance for Human Services of Lake County and serves on the Live Well Lake County Steering Committee. Morales was also a 2018 inaugural fellow of the Lake County Liderazgo Initiative. She holds a Master’s Degree in Social Justice in Intercultural Relations from SIT Graduate Institute in Brattleboro, VT and a B.A. in Cultural Anthropology and Science, Technology & Society from Butler University. Morales is pursuing a designation as a Chartered Advisor in Philanthropy (CAP) through the American College of Financial Services. 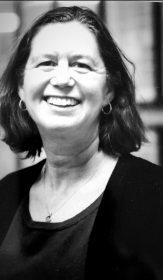 Maureen joins the Lake County Community Foundation with over 25 years of executive leadership and fundraising experience in the non-profit sector. She was born and raised in Waukegan living her first 20 years there before venturing off to college and ultimately “seeing the world.”

Maureen holds a in BA in English/Journalism from Marycrest College and began her professional career as a high school English teacher. She taught in rural Iowa and inner-city Chicago before making the decision to complete her Masters (MSW) at the University of Illinois Chicago-Jane Addams School of Social Work opting to study the macro-level of policy and management.

Her career in the non-profit sector began with a year of mission work in Latin America as a patient advocate in a hospital for people diagnosed with Hansen’s Disease. From there she returned to the States landing her first executive leadership position as executive director of SET of Colorado Springs. She readily admits she was unaware of how little she knew about executive leadership when she began her tenure with SET. Crediting her board of directors and a local foundation that provided continual training for new executive directors, she recalls this position as being the most growth-filled time of her career.

Returning to Lake County about 15 years ago, Maureen has held several executive level positions and has also begun to focus on philanthropy having held positions as Director of Development, Senior Development Officer, Director of Annual Appeal. She also spent time consulting for small to mid-sized non-profits.

Maureen once again calls Waukegan home. She enjoys travel, biking, spending time with family and friends and long walks with her beloved beagle, Mugsy. She is excited to join the LCCF team establishing relationships with donors while helping to make Lake County a community where all people can thrive.

Manager of Donor Services and Operations

Wendy Richter joined the staff of The Lake County Community Foundation in July, 2013. After a successful career in systems at Hewitt Associates, Household International and Discover Card, Richter stayed at home to raise her children while keeping active with volunteering.

In her role, Richter oversees the Foundation’s operations, financials, managed funds and donor relations. She holds a Master of Business Administration degree from Emory University and a Bachelor of Business Administration degree from the University of Georgia. In 2015, she earned a Certificate in Nonprofit Management from North Park University’s Axelson Center for Nonprofit Management.

Richter is currently a participant in The Charmm’d Foundation’s Leadership Academy, a multi-year leadership development program designed for new organizational leaders. She is a board member and long-time volunteer of ElderCare Lake County and is Board Treasurer of the Alliance for Human Services. 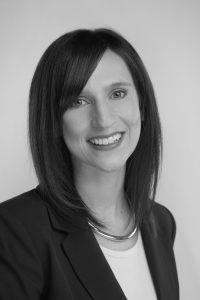 Emily Weber joined The Lake County Community Foundation as Manager of Community Leadership & Investment in April of 2019. In her role, Weber advances the mission of the Foundation through support of Lake County’s health and human service sector, serves as project lead for community partnerships, and drives the Foundation’s grant making through implementation of its Community Investment Strategy.

Weber brings an eclectic background to the Foundation. She began her career as a journalist at several newspapers and magazines in Iowa and Illinois and eventually became editor of a community newspaper in northern Illinois, has worked on political campaigns, and has spent the last decade in the nonprofit sector. These experiences have provided her with a wealth of experience and expertise in program design and management, community engagement, communications, and fundraising.  She also developed a deep expertise in local and regional food systems while in graduate school and during several years of her post-graduate school career.

Weber co-chairs the Live Well Lake County Eat Well Action Team and has served on several committees and task forces across the County and region. She is a resident of Lake County and is deeply invested in and committed to creating more equitable communities. Weber holds an M.S. in Public Service Management from DePaul University and a B.A. in Journalism from Drake University. 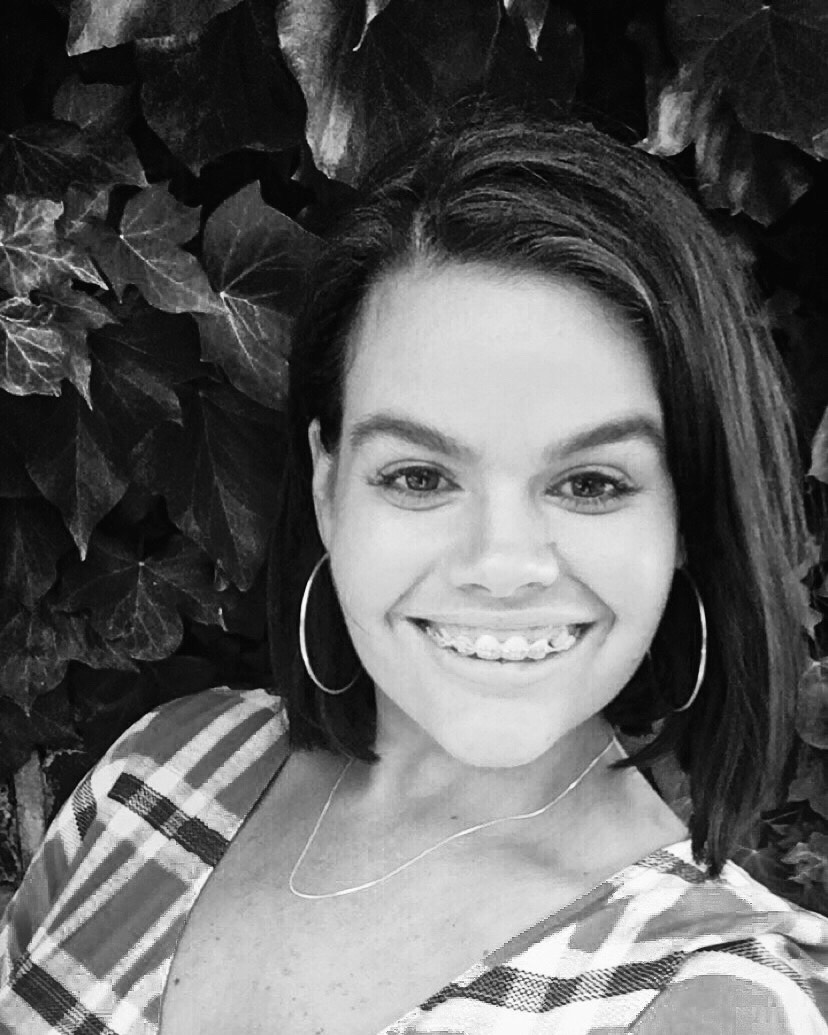 Courtney Combs joined The Lake County Community Foundation as Program & Communications in May of 2020. In her role, Combs advances the mission of the Foundation through support of Lake County’s health and human service sector.

Combs began her career in Lake County, Illinois as an Early Childhood Home Visitor. After working within Lake County, she realized most families were experiencing systematic issues. Combs was asked to create YWCA Lake County's Racial Equity Initiative, and their Public Policy and Advocacy Program. These experiences have provided her with a wealth of experience and expertise in strategic planning, community engagement,and collaborative impact.

She is a resident of Lake County and is deeply invested in and committed to creating more equitable communities. Weber holds an M.A. in Public Policy from Eastern Illinois University and a B.A. in Sociology from Florida State University. She is currently working on her M.B.A. in Finance at NorthPark University. 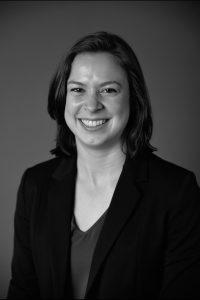 Leah brings a diverse professional background to their role at the Lake County Community Foundation. They spent two years working as a journalist at a daily-issue newspaper in Minnesota before traveling abroad to work on community supported agriculture initiatives. When they returned to the States, Leah worked in communications and administrative operations in both the nonprofit and for-profit sector.

Leah most recently worked in development and marketing at Heart of the City, a nonprofit in Waukegan, Illinois. Leah is a board members of Professionals in Development Network (PIDN) and a committee member of Waukegan LGBTQ+ Pride. Leah earned their bachelor’s degree in English from Winona State University and holds a certificate in Digital Marketing from University of Wisconsin-Milwaukee.